We are a community of individuals who are committed to advancing and improving the swine industry.

On March 6, 1974 twenty-five individuals representing test station managers, supervisors, and extension swine personnel met in Des Moines, Iowa. This group organized the National Association of Swine Testing Stations, which had as its objective the standardization of test station programs. Approximately one year later, on March 13, 1975, this organization met in Kansas City, Missouri and was reorganized as the National Swine Improvement Federation. Both membership in and objectives of this new Federation were expanded following this reorganization. The National Swine Improvement Federation is now recognized nationally and internationally as one of the leading bodies in developing and applying scientifically-based programs for the genetic improvement of swine. 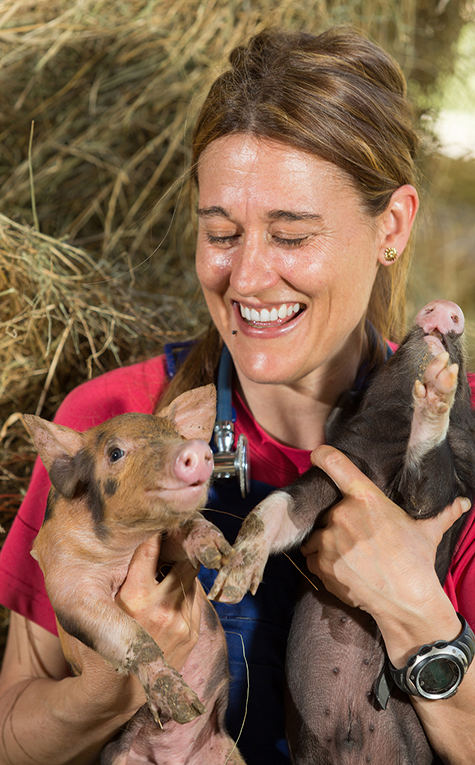 To advance and stimulate individual and collaborative efforts of swine breeding stock suppliers, academic personnel, and pork industry affiliates in the research, development, and utilization of scientifically-based genetic improvement programs and associated practices for the economically efficient production of high quality, nutritious pork.

How the NSIF
can help

Membership provides a discount to NSIF sponsored meetings and conferences where you have the greatest opportunity to network with colleagues in swine genetic improvement.

Members have access to the most recent published research relating to swine genetics.

The Federation has implemented programs to standardize ultrasonic measurement. NSIF certifies participants who meet the qualifications set forth by the program.

Together we can significantly improve swine genetics.